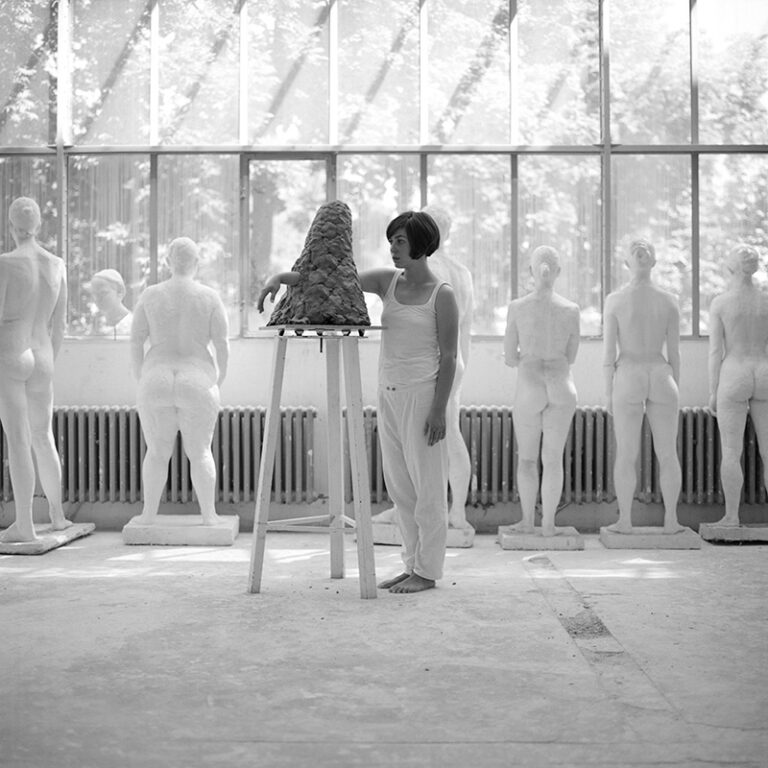 – born 1984 on the outskirts of Liberec (in the north of the Czech Republic, not far from the borders of Poland and Germany). Attended preschool and elementary school in the town of Stráž nad Nisou

1993 Grandmother committed suicide; turned to the church for a few months.

1998 Burned own belly while making 30 liters of varnish

2000 Diagnosis: hyperthyroidism – hallucinations for several months due to medication and sleeping around 23 hours a day (blurry line between a dream state and waking state); first sex; first experience living with a boyfriend; night stay at a holding cell for inebriated people (showered by the caretaker)

2003 Summer stay in a caravan in England as a guest worker on a farm; first year at university (FAMU, Film and TV School of the Academy of Performing Arts in Prague)

2009 First professor’s tongue in my mouth1; lover; new relationship; discussion with the kitchen tiles after having ingested a combination of hallucinogenic substances.

2010 Second professor’s tongue in my mouth; participation in a strike against neoliberal reforms in the educational system

2017 First child; began Doctoral studies thesis at the The Academy of Arts, Architecture, and Design in Prague (UMPRUM (Prague)5; NYC (walks with Silvia Federici, research on the interns’ unpaid work in the art industry)

2018 Establishment and co-creation of the program Institute of Anxiety (with E.Jeřábková, Z. Blochová a E. Koťátková)

2025 Upon agreement with partner, transition to a polyamorous relationship – first female lover

2027 Participation in discussions on building the first Green Cities;

2030 Both children active in the anticapitalist movement focused on the struggle against climate change; first stable polyamorous relationship with partner and another woman;

2032 move with children, male partner and female partner to the commune in the Green City;

Fairytale is an imaginative game. It is a possibility for those who find it unpleasant to think in terms of reality but enjoy expressing themselves through the imagination. Instead of questions, a kind of framework is created in which the respondent has to imagine “something.”  The final form is an inventory of the various images.  Even though this is inspired by a “psychoanalytic game” and diagnostic guide by Ookami Kasumi,  here the diagnostics are left behind, making space for the readers’ thoughts.

Imagine that you have awakened in an unknown place somewhere in a parallel reality. What body are you in? What is your name?

I know I’ve awakened into a dream. I trained for this for a very long time. I’m aware that I’m dreaming, I don’t feel tired, my neck is not stiff, nothing hurts me… I slowly get up from the bed – nowhere to rush to. I’m in my body, I have my name.

I wake up in Moscow in the year 1930. It is late spring or the beginning of autumn, hard to say. I don’t know what time it is, but it’s light outside. I am in an unspecified apartment; nothing in it is particularly distinctive.

You are wearing clothing representing your ancestry. What is it?

I throw my bathrobe on over them and put some slippers on my feet. I go on the balcony. From the balcony I see a building which immediately demands my full attention. It’s a building in the shape of an irregular hexagon;  the floor plan of which looks like a horizontal figure 8.

I turn around and leave the balcony, go back into the apartment and straight out to the hall stairs and out of the apartment building.

Are there any people there?

I don’t meet anyone outside…

On the horizon you begin to see the place you are headed. What is this place?

I’m finally getting close to the building I saw from the balcony. It is the home of Konstantin Stepanovich Melnikov. He lives here with his family.

In my bathrobe and slippers I stand in front of the entrance, take hold of the door handle and let myself in. No one is here. It’s quiet. I think I’m here alone. I go through the whole house, even the bedrooms with the gold walls meant for the whole family to co-sleep in.

You set out to meet a certain person. Who is it?

In the studio I finally found who I’m looking for  – Konstantin Melnikov. He is waiting there.

He has a serious expression. We shake hands, greet each other, and he goes straight to explaining what he wants.

What is your task?

I came for the details of the Green Cities proposal. In the transition to a world with values that do not stand for production, performance and profit, technological support will enable the global transition of urban infrastructure to the Green Cities model. A dense network of such organized cities will serve as a basic platform to help manifest a feminist revolution based on care, slowing down, resting, sleep and collective dreaming, which should offer the solution as to how to escape the clutches of liberal capitalism.

To accomplish the task you get a map. Describe it.

Konstantin unwraps the proposals on the table and explains his thinking. The proposal for the Green Cities prototype and explains his thought processes to me. The proposal is perfectly rendered. However, it treats the city as if it were only for recreational purposes, as a short reprieve from the Moscow’s workers’ daily drudgery.  However, if transformed, the Green Cities could be inhabited for permanent use by a society focused on care.  The City functions on environmental energy provided by wind, water or solar power plants. Mass transit, replacing cars, will be provided exclusively by trams, which will transport inhabitants through the city and around a great network of forests and carefully managed wildlife parks.  The City will be built as a system of collectivist buildings for shared/separate living and will be divided into six sectors – forest, far, garden, culture, care for children, space for rest/sleep. The generous buildings made for community or separate endeavors will allow the city’s inhabitants to function in layered arrangements which don’t reflect the concept of the nuclear family – polyamorous, same-sex, cooperative, etc. Children will be cared for collectively.

The central building of the whole city will be dedicated to sleep – “SONnaia SONata” (Sleep Sonata). In the building’s central area, there will be bathrooms surrounded by spacious  bedrooms.

The temperature, humidity and air pressure in the Sleep Sonata building will be technologically regulated. Sleep-supporting sounds will waft through air scented with pine resin –  crunching leaves, birdsong or the lapping of waves, broadcast by the control central. Mechanized beds will be able to soothe sleepers by gently rocking.

The sounds of the forest are thus replaced by poetry and composed music which will diminish the rest of the stress and anxiety from the world of consciousness.  The combined forces of art and technology will therefore offer not only lasting liberation from the world of work and production, but also the regeneration of the environment which, thanks to the slow and sleepy Green Cities, will achieve a state of calm and revitalization.

In the dream, I say goodbye to Melnikov and leave the building with a feeling of victory – finally, I have the recipe for all the problems and forms of oppression.

In my dream I consider what to do next and decide to ask Katarína Klusová for help; together we will find out if the Kozyra Foundation will support this project.

Finally you begin to undertake the tasks. How do you feel? Are you looking forward to it? Do you have a heavy feeling of responsibility? Are you paralyzed?

In my head are a number of questions – what should I think of this dream, in which social engineering solves all the world’s problems?

I guess there was something I forgot to ask Melnikov about…

This text was created in cooperation with Katarína Klusová (2020).