The relationship between social production and reproduction has been a core issue for female art practices in recent decades and in the present – though one not consistently attended to by feminist art history. The depiction of working women or women’s work – in and out of the market – and the emphasis on the structures and activities transmitted from one generation to the next, constitute a strong strand in the image politics of feminist art. Yet there is another, perhaps more oblique strand, where the artist identiﬁes with being a worker. It is not clear whether their work is productive, reproductive, or simply unproductive. Is social reproduction, then, a totalizing paradigm, incorporating not just the specific tasks traditionally allocated to women but the entirety of social production and consumption?

Despite the shifting situation of women in art, a position of the female artist remains secondary. The presence of a feminist discourse had played a major part in opening-up the discussion of gender, including the – inequalities, challenges, and changing roles faced by the archetypical woman. At the same time, this discourse has strengthened the discrepancies between specific “women’s identity” in different European regions and highlighted gender differences in these countries, whereas the discussion of gender and emancipation was hardly developed. The aim of this archive is thus to explore these diverse sets of concerns by looking at the ongoing debates on gender, agency, (in)equality, citizenship, and women’s activism in post-state socialism.

The fall of Iron Curtain, followed by the capitalist turn, resulted in the opening of the borders as well as in the conglomeration of both the institutional and commercial art markets. These processes of transformations formed around the wish of growth have taken the idea of unification for granted, – with no visible gender component to deconstruct a variety of misconceptions that suggest the marginality of women’s contribution to social change and provide a distorted representation of post-transformation gendered power dynamics. At the time when globalization is set as a primary context for a dialogue between women from the global south and the north, the reconstruction of specific genealogies of the feminist struggle within the eastern European spaces — and the deconstruction of the homogenous representation of the “second world” women vis a vis “the West” — crucial in the process of re-defining the role of female artist. Bringing the so called „second world” into international feminist debates can allow us to further dismantle existing hierarchical, binary frameworks perpetuated by feminist scholarship that focuses solely on the relationship between south and north.

Secondary Archive tells the history of non-Western — primarily Central and Eastern European — art through the lens of gender, covering the period after WWII through the present. This archive is composed of artistic statements and unknown pages of the biographies and practices of female artists, where one can see the names of those who have been marginalized, neglected, forgotten, or remain little known to the general public alongside artifacts from key female figures of non-Western art. The period covered by the archive embraces the artistic endeavors of three generations of women artists spanning from the 1960s onwards: from the first so-called neo-avant-garde generation that operated within the toughest period of communistic regime, with a mediatic turn through a conceptual approach; to the second generation, which emerged in the eighties and nineties, having witnessed the opening effects of the Fall of Communism in their early career; and the third generation who, having come of age at the time of political changes that have reshaped the face of present-day Europe.

This site is the web platform of the Secondary Archive project. The project is initiated and coordinated by Katarzyna Kozyra Foundation. Both project’s Initiator and project’s partners are the subjects responsible for the website content. If you have any questions or suggestions for future collaborations please follow the guidelines in the pdf below and contact us: hello@secondaryarchive.org. We reserve the right to choose artists’ submissions.

KATARZYNA KOZYRA FOUNDATION – established in June 2012 in Warsaw. The main goal of the Foundation is to take part in improving local and interregional development through informing about, cultivating and consolidating society’s cultural needs. We reach our goals through exhibiting, educating, archiving, and publishing. The main focus of the Foundation is to support women in their activities in the field of culture, while undertaking projects having great impact on art and society. We aim to create international partnerships and work towards strengthening relations between female artists in Central and Eastern Europe, to hold a dialog, create relations, and break stereotypes skewing the way of thinking about art by documenting and supporting female artists. The Foundation stands for acting in public interest with regard to modern art and culture; creating opportunities for artistic and educating and spreading the knowledge on modern art and culture as well as supporting and promoting Katarzyna Kozyra’s artistic activity. We aim to raise awareness and advocate the national heritage as well as promote scientific and artistic areas of interest with regard to modern culture and art in Poland, and abroad.

Ambasada Kultury – the initiative of Belarusian culture workers and activists with a goal of supporting and developing connections within and outside Belarusian cultural community, promoting cooperation and collaboration of artists and activists from different fields of culture. Based in Vilnius (LT), Berlin (DE).
Project coordination: Anna Chistoserdova, Valentina Kiselyova

Goethe Institut e.V. – the cultural institute of the Federal Republic of Germany with a global reach. We promote knowledge of the German language abroad and foster international cultural cooperation. We convey a comprehensive image of Germany by providing information about cultural, social and political life in our nation. Our cultural and educational programmes encourage intercultural dialogue and enable cultural involvement. They strengthen the development of structures in civil society and foster worldwide mobility. The Goethe-Institut is represented by 157 institutes in 97 countries around the world.

MeetFactory is a non-profit international center for contemporary art founded in 2001 by the artist David Černý. In the wake of the destructive floods of 2002, MeetFactory was forced to evacuate its previous premises in Holešovice. The project was resurrected three years later in an industrial building in Prague’s quarter Smíchov, in a unique space squeezed between a motorway and an active railroad. The program started after a substantial reconstruction in 2007. Our mission is to foster a dialogue between individual genres and make the current happenings on the art scene accessible to the widest public; support original projects in the fields of visual arts, theater and music as well as interdisciplinary and experimental platforms; and to create a space where art is alive and artists are present, enhancing a direct exchange between international artists and the visitors, as well as between different fields and generations. The program of MeetFactory consists in four dramaturgic departments – music, theatre, gallery and the artist-in-residence program.

Easttopics is a non-profit initiative launched in 2013, led by young art professionals based in Hungary and Serbia and dedicated to the promotion of the Eastern European contemporary art field. Working as a think tank for the Eastern European art communities, Easttopics is a genuinely interdisciplinary cooperative which goal is to draw the Eastern contemporary art field and the international art scene closer to each other. This cross-border project takes form as an expanding on-line website and database since 2015, as well as an exhibition space and library since 2019 focusing on the following countries: Albania, Belarus, Bosnia and Herzegovina, Bulgaria, Croatia, Czech Republic, Estonia, Greece, Hungary, Kosovo, Latvia, Lithuania, Northern Macedonia, Moldova, Montenegro, Poland, Romania, Serbia, Slovakia, Slovenia and Ukraine. Easttopics aims at mapping and providing more visibility to protagonists of the Eastern European art life, should they be artists, art professionals, institutions, events or publications. It also wishes to act as a dynamic platform fostering connections, exchanges, community building, and cooperation for both practice-based and research-based projects on a local, regional, and international level.
Project coordination: Rona Kopecki

BJÖRNSONOVA is a collective linking the activities and projects of its members focused on cooperation in the field of culture operating on the Slovak-Czech and the international contemporary art scene, expanding its activities by inviting guests to collaborations in order to respond to the current issues affecting contemporaneity and its context. The collective consists of four members, artists Lucie Mičíková, Nik Timková, Zuzana Žabková, and art historian and curator Lucia Kvočáková, connecting their own artistic researches and practices. It is named after Street Björnsonova 2 in Bratislava, a place where was created a flat gallery in 2012 and where the part of the collective invited various guests to exhibitions and events. A place where the strings of all four members have been linked at certain moments.
Project coordination: Lucia Kvočáková

Artsvit Gallery – opened in Dnipro in 2013, is engaged in the representation of contemporary Ukrainian art through exhibitions, research art projects, educational programs for adults and children. Since 2019, it has launched a regular residency program for artists, curators, performers, and researchers. A distinctive feature of the Artsvit Gallery is a collection of Ukrainian art from the post-war period to the present. Today, the collection becomes the basis for creating a research platform. The focus of our work is based on analysis and critical understanding of the environment and society through artistic and curatorial practices.
Project coordination: Iryna Polikarchuk

Visegrad Fund – the Fund is an international donor organization, established in 2000 by the governments of the Visegrad Group countries—Czechia, Hungary, Poland and Slovakia to promote regional cooperation in the Visegrad region (V4) as well as between the V4 region and other countries, especially in the Western Balkans and Eastern Partnership regions. The Fund does so by awarding €8 million through grants, scholarships and artist residencies provided annually by equal contributions of all the V4 countries. Other donor countries (Canada, Germany, the Netherlands, South Korea, Sweden, Switzerland, the United States) have provided another €10 million through various grant schemes run by the Fund since 2012.

House of Europe is an EU-funded programme fostering professional and creative exchange between Ukrainians and their colleagues in EU countries and the UK. The programme focuses on culture and creative industries, education, health, social entrepreneurship, media, and youth.

This encompasses 20+ separate programme lines enabling to go for conferences, professional events, internships, and networking in the EU and the UK, or to enrol in study tours, residencies, trainings, and other forms of support. House of Europe funds cultural coproductions and cooperations between Ukrainian organisations and their counterparts in the EU and the UK, along with the development of cultural infrastructure and artistic concepts for youth in Ukraine. Finally, the programme offers various youth camps and an intra-Ukrainian university exchange.

Special thanks to the Ecodome NGO for their support with the translation of the statements of Belarusian artists.

Special thanks to kalektar.org – a research platform on Belarusian contemporary art for providing visual and text materials for the Belarusian part of the Secondary Archive. 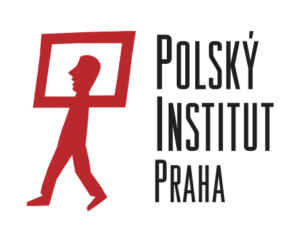 Special thanks to Zachęta – National Gallery of Art for the support of the project.

Design by Marcel Kaczmarek and development by 8080.studio.