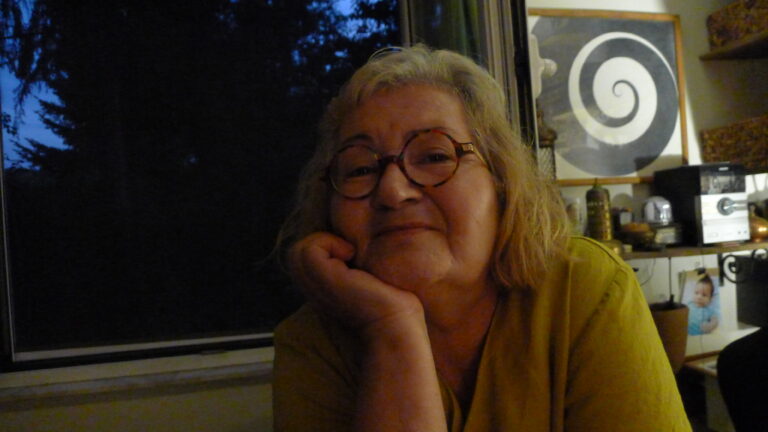 – born in 1957 in Dubrovnik. She graduated from the Faculty of Fine Arts in Belgrade in 1981, Department of painting, in the class of professor Radenko Mišević. Since 1991, she’s been co-working with Dejan Anđelković. They have been exhibiting their works at several important institutions, including the Museum of Contemporary Art of Vojvodina in Novi Sad, Culture and Media Center in Karlsruhe, The Museum of Contemporary Art in Belgrade, National Art Gallery in Sofia, Art academies in Vienna and Berlin and the National Museum in Belgrade. They have also been exhibiting at the Art Biennial of Visual Arts in Pančevo, the October Salon in Belgrade and festivals such as BELEF in Belgrade and Styrian Autumn in Graz.

The fall of socialism, war, transition and the installation of liberal capitalism are all symbolic spaces in which I existed, exist and will one day cease to exist. In the field of culture they existed in parallel, and they still exist, as schizophrenic imperatives. Primitive patriarchy and the working woman, an equal partner to the man. Nationalism as a crime and nationalism as proof of loyalty to the community. Religion as opium for the people and atheism as a betrayal of one’s people. Justice for all, injustice is just.

I come from a long line of women who accepted hardcore patriarchy. My grandmothers tried to teach me to knit, embroider, chop, to be aware of a woman’s place. This was the package that was handed down to them from their mothers and grandmothers and passed on to my mother1. My mother, a successful psychoanalyst, dissolved herself in a masochistic pleasure serving a primitive and aggressive father. But she induced in me opposing views. The consequence was my conflict with my father, a complete absence of communication or very formal communication with him. I chose to ignore the pressures that the culture of the community I was living in was trying to impose on me2 by assuming positions based on my biological sex.

After graduating from the Faculty of Visual Arts I began living with Dejan Anđelković, also a visual artist. Today, 38 years later, we still have a family, a daughter, a grandson… Of all the naive youthful hopes, having a child was and still is the greatest miracle I ever experienced, and the members of our family are the most important people in the world to me. After several years of living together, sharing the same reality, daily conversations, we realised that there was a problem with the authorship of our works, or rather that the authorship was shared. We gave up our individual artistic signatures and started working together. A disinterest in the work of art as a commodity3 freed us from the need to reproduce works recognisable by their form and from having to use media suitable for selling. We would choose a form and an artistic or “non-artistic” medium that was adequate to a particular idea. Other layers of the artworks exist that connect them to a meaningful flow.

During the 1980s the inevitable crumbling of our universe became obvious. First our language fell apart through the media, and everything culminated in a bloody civil war, with an initial phase of the accumulation of capital by means of robbery4. Until then, I considered myself an atheist5. The discovery that there is no instance in which one can say “Stop! This is unacceptable!” revealed to me that the seed of faith in God that my grandmothers had tried so hard to instill in me had taken root somewhere deep and hidden within. Exposure to a universe ruled by chaos made me into a real atheist. I tried to become politically active. I was one of the founders of a party with a  republican orientation6.

I also perceive artistic work as a kind of political activism. Art is integrative in relation to everything in the human universe, anything that can become a part of language, content, form… A work of art, through a specific language and form of communication, in which the entire subjectivity of the author and the potential consumer participate, detects the blind spots of the local or broader communities. The context in which a work of art comes to exist has acquired great importance. I don’t believe in the existence of great artists and great works of art that will cause a revolution in the value system7. The process of installing liberal capitalism in Serbia has been followed by the tendency for artists to “become visible”, to exhibit more, create contacts with gallerists and curators domestically and abroad, especially abroad. The statement from the Croatian artist Goran Trbuljak has become more significant with time: “It’s a fact that some people today are more concerned with creating an exhibition than with what will be exhibited.” Our response to this was to turn even more toward the local community. This is the context that concerns us the most, which is why we stayed in Serbia during the 90s. We make works of art which include local butcher shops, bakeries, hair salons8… We work based on our inner need to exhibit within the contexts that are intellectually and emotionally alive for us, and in which we feel ethically comfortable.

The text is written in collaboration with Simona Ognjanović (2022).