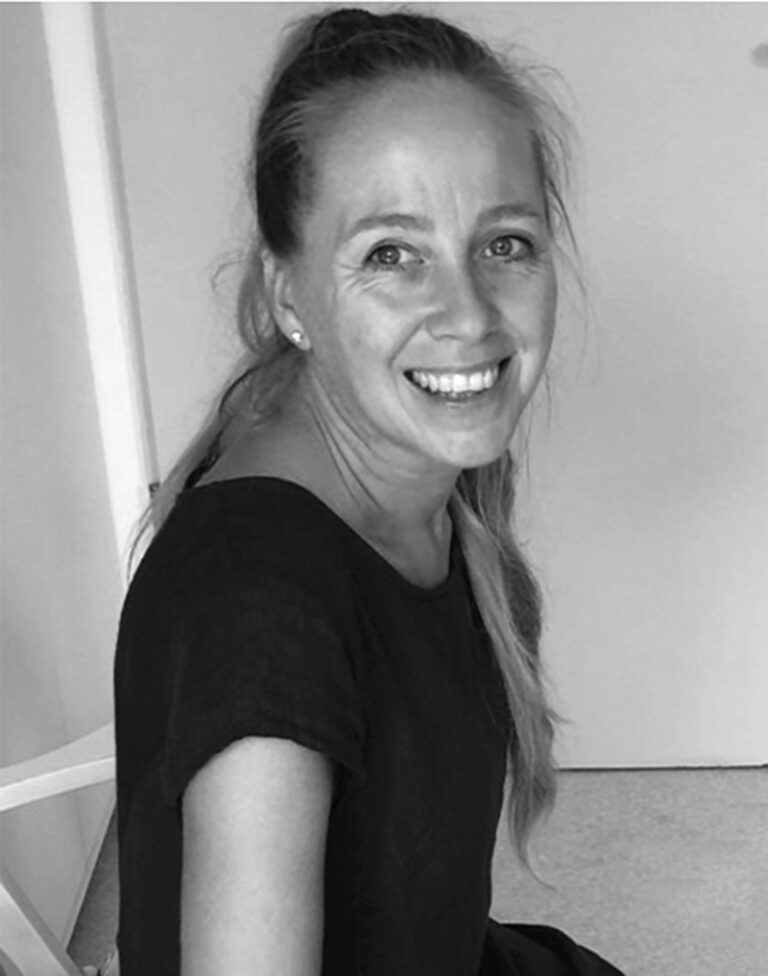 – born in 1973 – graduated from the Intermedia Department of the Hungarian University of Fine Arts in 2005, where she also obtained a DLA degree in 2016. In her works ranging from drawing and painting to video and installation, not only is mania present as a central topic, but also as a working method. Not in a medical sense, but rather in an ordinary one, as an inner response to the outside world, as an attempt to solve a problem. Manic acts are inherently lonely, intimate, isolated. Szira mostly shows her own manias expressing in simple, repetitive series of movements that provide a kind of inner calm, a break from the notion of time that the world is dictating.  In recent years, Henrietta Szira has exhibited at the MODEM in Debrecen, the Ludwig Museum in Budapest and the King Saint Stephen Museum in Székesfehérvár.

I have gone a long way before becoming an artist. I was preparing for a medical career, majored in dietetics and philosophy and also studied aesthetics. At first, my theoretical background made it difficult for me to turn theoretical ideas into artistic practice. To this day, I start from theoretical topics and try to find the best visual formulations for them. The concept of home, biological functions that are invisible but define our lives and death, life strategies, life games and manias have all been topics that I have focused on for years, and that have appeared sometimes passively, sometimes actively in my work.

I also like to work and think with others. In the frame of several community projects, I have collaborated with artists and even visually impaired people in recent years. Working with visually impaired people was a determining experience and in several projects, our goal was to answer a question that is of great importance to us: what do we really see with? Working together, we outlined the problems of their community and of the individuals within it, should they be long-standing or emerging during creation. We were looking for new solutions to these, possible ways out of our visual and social isolations. It was by working in pairs that we developed, through our search for new concepts when speaking about vision, a visual language that is understandable and perceptible to all of us.

Thus, art is also a kind of therapy for me. An attempt at processing my anxieties, my former traumas. The transmission of experiences I had, went through or observed in others became an organizing principle of my work. I base my practice on these experiences and try to give them form and material. In the dilemma between the personal and distance that emerged in the Renaissance, I undoubtedly stand on the side of the personal. This approach, sensitivity and choice of material may also stem from the fact that I am woman artist — this is inevitably felt in my work — but it is not primarily driven by it. The topics I choose to work with interest me as a man, and not primarily as a woman.

In psychological practice too, repetition is one way to process trauma. Experiencing the same situations, feelings, tastes, smells over and over again can lead to healing. Always looking for a different response, always hoping for a better solution. These responses are often almost barely noticeable: a small gesture, a shift in focus, a change in the blink rate. This is how repetition became my way of working as well, increased to a manic level.

I think that this is maybe what makes it easy to relate to my work. The personal character and the simplicity of my working method, the survival strategy inherent in repetition and mania are familiar to almost everyone.

Repetition helps you move from one moment to the next, thus ensuring survival. Its rhythm measures its own time as a metronome, guaranteeing the future from the past and present. This guarantee is reassuring.

In the physiological sense, mania is generated by a continuous negative feedback, where the stimulus does not provoke the right transduction eventually, but generates another urgent stimulus. Yet this vicious circle gives a sense of security, of comfort in the doer, and perhaps also in the observer of the repetitive act.

Mania has matured as a conscious position in me, a creative strategy for surviving against the world, as action interwoven with mania leaves time for analysis, processing, and the development of self-defence reflexes.

Thus, my works are mostly intertwined with my life. Not as rails running side by side, but as processes that permeate each other. This can best be imagined as a parallel row pattern, where one row of patterns affects the other, temporarily changes it, shapes its image. Similar to an ever-mutating pair of chromosomes. Much of the human gene pool is composed of repetitive chromosome sequences that contain infinite life possibilities. Of this infinite possibility, only one can always be realized, similarly to the events of human life or to the making of a work of art.

Form and the use of material are always related to the specific problem. For this reason, I prefer to use personal materials that have an additional meaning to me, such as raw pasta dough or needles collected from discarded Christmas trees.

It is through individual, personal responses to social problems that I can best capture and show them. This is also how social issues become personal problems in my interpretation. Thus, it is not a general social phenomenon that I see, but the human response, the biological reaction it provokes. Compulsions, addictions, aggression, mental illness, hopelessness. I am not interested in the cause but in the consequence, the change it creates in the individual (me or someone else).

The statement was written in collaboration with art historian Róna Kopeczky (2021).

Róna Kopeczky – born in 1983 – a curator and art historian based in Budapest. She worked as a curator for international art in Ludwig Museum Budapest between 2006 and 2015, where she mostly focussed on the site- and situation specific practices of young and mid-career artists from the Central Eastern European region. In 2015, she joined acb Gallery in Budapest as artistic director, and also actively contributes to the publishing activity of acb Research Lab, with a focus on forgotten, neglected or ignored oeuvres of the Hungarian neo-avant-garde art. She participated in the organization of the first OFF-Biennále Budapest that took place in 2015 and was member of the curatorial team for its second edition held in Fall 2017. She is the co-founder of Easttopics, a platform and hub dedicated to contemporary art of Central Eastern Europe that is based in Budapest. She is also the curator of the next edition of the Tallinn Print Triennial, scheduled to open in early 2022 in Tallinn, Estonia. She completed her PhD in Art History in 2013 at Sorbonne University.