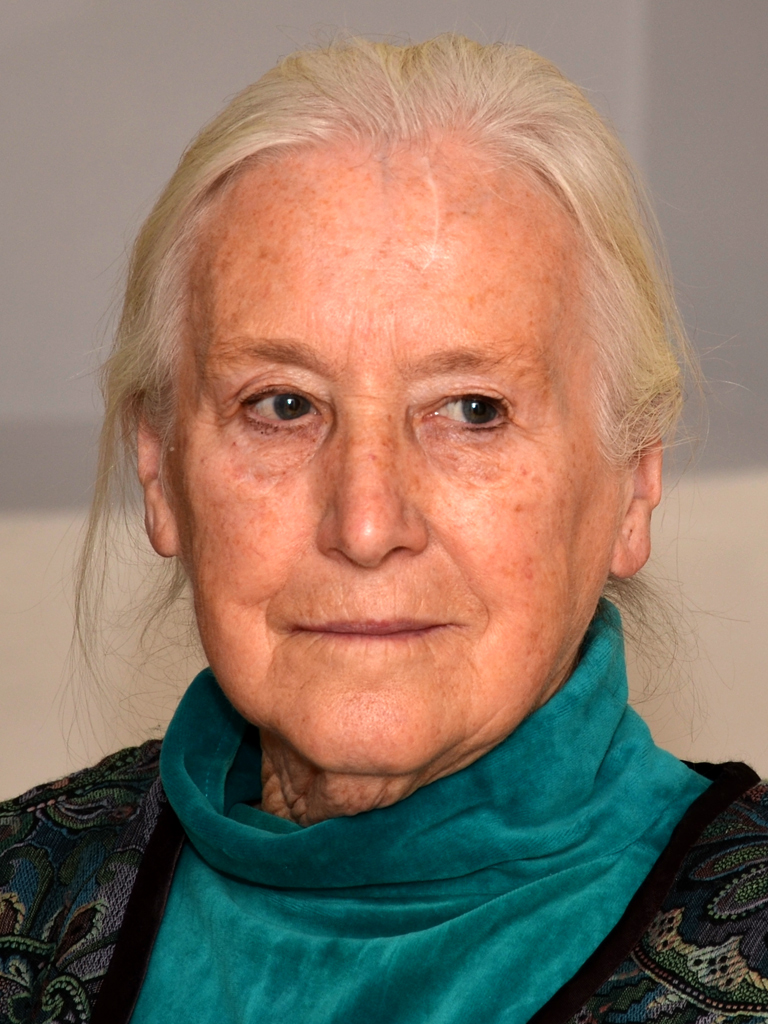 – ⁠born in 1935. She graduated from studio of Antonín Strnadel at the Academy of Arts, Architecture and Design in Prague in 1959. In 1961, she became a member of the art collective UB 12 and she was exhibiting with them until they ended their collaboration in 1965. It was the beginning of the 1960s which was formative for her work. The fundamental tenet of her production became the structure and the point, which the picture space is based on. In the second half of the 1960s, she began experimenting with the graphic colour, which was one of the most progressive attitudes in the contemporary arts, given the period context. Kučerová’s production returns continually to the themes of a figure, countryside, and dream-like childhood. Her works were shown, for example, at the Expo 1967 in Montreal, at the essential exhibition Nová citlivost in the Mánes Gallery in 1968, and at the important group exhibition Eleven Contemporary Artists from Prague at the New York City University in 1981. In 1996, she ended her graphic praxis and left Prague permanently.

Playing as a child, I enjoyed being a horse hitched to a green hay wagon the most. I dragged even heavier loads with joy. When the wagon was occupied just by my little brother Pepík, I could even run fast. My first works of art were bashful and tiny. I was drawing pies, flowers… No figments of my imagination. If I was identifying with them somehow, I have no idea as that had not begun until I started reading books. My first kindred spirits were Gogol’s Taras Bulba and the Biblical Daniel in the lion’s den. I have no recollection of discovering the girl inside myself. I think it did not happen in a single moment, but it came in some stages. A long time before that, a much stronger realization came: I, a small baby, am sitting and looking at my tiny naked feet, I feel calmly joyful for once because I am similar to those creatures near me1.

From 1945 to 1964, my father was not present. Then, he came back from political imprisonment and passed away. He is not here again but I am still under his influence. He could not lose his authority. I am aware of how much he influenced me. I share his relationship with nature, people, and freedom. He used to visit picture galleries with me. We were at the Kroměříž Castle when my five or six-year-old self was forever scared by the large picture capturing Marsyas being flayed.

I remember when I was finishing my studies at the Academy of Arts, Architecture and Design, I hoped to be able to interconnect the depicted objects naturally with the surrounding space someday so that the drawing would not just “lie” on the surface of the paper. By a lucky coincidence and due to my poverty, I discovered a way to make holes in tin matrices in 1963, which brought me closer to my goal. I would never let imprints of corporeality, traces of bodies, clothes, etc. enter my praxis because they contain decay with all the charms. I use old vicious tools (needles, stilettos, knives, press) which I need to express my thoughts in tin matrices. Professor Strnadel saved me during the checks at the Academy so I could graduate. I was allowed to graduate a year earlier in 1959. What followed was another year full of hardship when Adriana [Šimotová] lent me a helping hand and introduced me into UB 12. I had no idea about the roots and goals of the collective or about friendship and compactness among the members. It was and still is a protecting connection. There were a lot of art collectives in the 1960s. Was not the name UB 12 in stark contrast with the rest2?

I have never sensed any limitations; I have a physical strength. I do not need any helpers. This is a practical part of my freedom as a whole. The decision whether I become a mother is a free one. Even if a man has more time and money to create, he cannot be any freer. I believe there are bigger differences between various types of beings than between men and women. I have a very specific ugly idea about what the “woman art” is, but I also have other greater idea which goes back to prehistoric times (maidens and mothers must have surely been involved in creating cave paintings) and continues quite naturally to this day. Nowadays, animus is of no significance to me3.

Around 1978, I decided to focus on the only place where I belong on Earth. I proceed in a small area which I know so well. I proceed from fields to forests, from forests to meadows near the river Elbe. It is my great pleasure because I can share it with my horse. You are asking me whether I feel a difference between reality and artificial landscape, whether I focus on this contradiction in my work: I can say that I have never thought about it this way, meaning, I do not care for such contradictions. Landscape is an art theme even today (at least for me) like any other if I have reasons for it4.

If I am riding a car, I am able to see much of a landscape and, one could say, its various profiles in a relatively short time. Sometimes, a part of the journey captures my interest, for example, the landscape on the 17th kilometre of the E 14 highway between Prague and Stará Boleslav. After some time, I make a graphic paper. I have no other intention than capturing that place in a specific moment. I do not mean to express neither contradictions between real and artificial landscape nor any other ideas because when I look at a landscape or when try to create it, it does not worry me. I am not against interpretations which are completely unlike my point of view, I understand them. Is this the current (“modern”) view of landscape? Modernity and the present lie in not being eclectic, not assuming historical forms, and have your own way of work5.

I have a landscape painted by Alois Bubák in 1862 hung on my wall. It is painted to the tiniest detail. You are asking me whether it is possible in today’s rush to capture a landscape in such a detail. Of course it is. If artists can capture their inner worlds in such a nuance and detail, others can create a landscape in a great detail in a modern way. The final result (an expression) is also determined by the technique. […] The overall impression is concise. But the intentions which make me capture a landscape, and feelings which the landscape invokes in me are, I believe, aboriginal like those in the past.

In 1984, I bought a dark brown horse. I ride around my region every day and I collect images of some specific places.

After 30 years of working, I study if the graphic plates made in my way managed to capture and reinvoke the feelings from the long-gone moments of my life. Such moments carrying impulse to create came in enlightened points in time of brief contemplations right before jumping to a surface of a lake, a sight of a confluence of two irrigation drains in fields near the town of Lhota, passing by plum trees in ditches next to a road… Besides these direct, even physical impulses, my graphic matrices can also capture the echoes of inner impulses and become an unfigurative, maybe even unexplainable record. Dreams do not compel me to create.

The statement on Alena Kučerová’s work was pieced together from various interviews published in her monography by Marie Klimešová (Alena Kučerová, Prague: Pecka Gallery, 2005) and from the questionnaire by Věra Jirousová Žádné ženské umění neexistuje (There is no such thing as woman art, Výtvarné umění: umělecký časopis pro moderní a současné umění. Prague: Union of Visual Artists of the Czech Republic, 1993).

The text was created in collaboration with Eva Skopalová (2021).