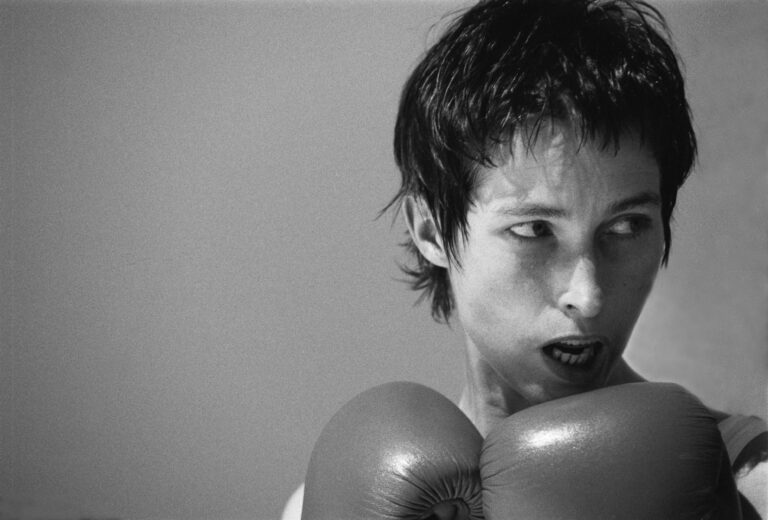 – born 1961 in Warsaw. She deals with the themes of space, memory and time, and the
problem of exclusion and absence. She creates sculptures, video and photographic
installations and performative actions. She studied at the Academy of Fine Arts in Warsaw. Artist took part in many shows including Sonbeek (1993), Sydney Biennale and Istanbul Biennale (1992), Liverpool Biennale (1996) and 54 Venice Art Biennale (2011). Her works were shown at Jeu de Pomme Paris, Museum of Contemporary Art Chicago, Whitechapel London, Galerie Hamburger Bahnhof Berlin. Her works are in many collections i.e at: Stattliche Sammlung Dresden. Hoffmann Sammlung Berlin, TOP Tokyo Museum of Photography or Zachęta National Gallery Warsaw and many others. She received her PhD in 2016 and her postdoctoral degree in 2020. Member of the Maria Anto and Elsa Von Freytag- Loringhoven Art Prize Committee. She uses artistic names: 1990-1992 – Zuzanna Baranowska, since 1992 – Zuzanna Janin. She lives in Warsaw and London. Artist collaborates with the Warsaw-based gallery lokal_30.

MANIFESTO OF DISAGREEMENT FOR SECOND-(ary)-ARCHIVE

When I was a little girl my mother asked me what I wanted to be when I grew up. I answered without thinking: “A suffragette”.

The declaration made in the 1960s, despite being a girl, was by no means infantile: it was an insightful observation of the world around her, starting with the school community, where what was cool for boys was disgusting for girls, and most of the boy “rascally achievements” aroused admiration and acceptance, and those of girls – embarrassment, shame and ostracism. At the same time, I grew up in a world where feminism was already a “historically settled issue” – equality had been decreed by the apparatchiks of the post-Soviet system, which, with the ostensible slogans of revolution, smuggled in deeply entrenched Eastern conservatism and the degradation of women’s equality. To this day, women needed to work and fight, disappear from the pages of history with twisted, universally accepted double standards and creeping hypocrisy. Discretion and sexist habits allow men to advance by gender and enfranchise women’s work, making it easier to accuse them of trying to advance “at the expense of men” and forcing them to accept “secondary” positions, relegated to areas of “invisible work”1.

Being a suffragette is an obligation. I would be a hypocrite to allow compromises that undo the idea of equality, degrade the struggle of our grandmothers and mothers who pursue, without flaunting it, the ideas of feminism, as well as my professional activity in art. This also applies to my private life, where I have paid for my tenacity in pursuing my equal rights with loneliness, abandonment and family breakdown. For years there has been a constant behind-the-scenes struggle against me in my marriage, hidden in the mechanisms of manipulation, symbolic, psychological and passive-sexual violence, twistedly superimposed on my lack of commercial success, or conversely on my professional achievements. I can’t pretend that I don’t believe in discrimination in language, that verbal violence, verbal narrative don’t matter and – although it may sound high-flown – I can’t betray my life.

In the Land and Mortgage Registers I am an owner, not an owneress, in the National Court Register I am a founder, not a foundress, in the collection of Polish Science I am a PhD holder in the masculine, in the Foundation Council I am a chairman, not a chairwoman. (lack of form).

The main motto of this statement actually excludes participation in a project aimed exclusively at women, whose name ‘secondary’ values, by definition, excludes equality, grading implicitly pejoratively: primary/secondary. The use of the adjective secondary for the collection of female artists’ archives reinforces the culture of patriarchal domination and strengthens the tools of unequal treatment. It mocks the sense of struggle for equal rights for women. This name is the aftermath of a pseudo-science centuries old, dating back to a misogyny comparing women to “inhumans”, and I cannot find it in myself to join it unabashedly and uncritically. At least in art today, when the market and commercial position dictate who is the primary artist (over 70% are male artists), and the rest is lumped into the collection of secondary art. That is why projects on art by female artists, called – subversively, ironically – secondary, that is secondary, of lesser value, arouse my deep concern, my opposition.

IN THE BEGINNING WAS THE WORD

When I requested to be addressed with feminatives in 2014 after defending my dissertation, I was told by one of the professors at the Academy of Fine Arts, “I will refrain from ugly expressions”.

The very fact that in Poland the names of functions, professions and titles are used in the masculine form – usually the ‘primary’ form – is a symbolic valorisation, gender discrimination and facilitates the imposition of other discriminatory clichés. And if the project concerns the area of Central and Eastern Europe, is creating a project that positions secondary-women and secondary-artists in the central and eastern part of the continent – that is, double-secondary – the best and only solution in the search for their presence? If it is a revolution of meanings and it is about the other (“that”) Europe, but the choice was made on the basis of gender and not, for example, residence, then I fear it is a dangerous game. I don’t know what the artists expect in return in the long run, or what effects the creators of the multi-secondary flag project believe in. I can, of course, sense the irony in the name, but can I accept that sarcasm is the flagship emotion of the project, involving leading and prominent female artists from this part of Europe, where post-socialist conservatism and eastern-provincialist complexes have taken deep roots in the mentality, and the Eurocentric West looks on with superiority at the flickering countries, ex-Soviet satellites, drifting away to loser positions? Shall I swap the flag of hypocrisy of “equality by decree” for the flag of sarcasm/dowdiness/punishment? And the third way?

THE WORD IS AWARENESS

Simone de Beauvoir, indirectly referred to by the authors of the project, entitled her work “Le deuxième sexe”  (and not “Le secondere sexe”), “Second Sex”, (and not “Secondary Sex”)

Where male artists are called assertive – women are aggressive, where male artists are called primary – women artists themselves take the name secondary. I cannot agree to this – my presence in this project is a MANIFESTATION OF DISSENT. Until a manifesto is articulated that changes the perception of the notions of primary/secondary, male/female, I cannot agree to such a constructed quasi-emancipatory canon of 20th and 21st century women’s art. My declaration of disagreement is the only answer and remains a “conscious presence of disagreement” in this group.2

Umberto Eco, in The Semiotic Landscape, highlights the importance and influence of words in shaping violence and domination. I don’t want to play the game of appearances with cards marked by semiotic male misogyny.

There is a bright side in my ‘participation of dissent’ – naming oppression is fighting oppression. I hope that the naming of the participation of opposition (anti-invisible), combined with the naming of oppression (anti-secondary) will bring about a change and produce an effect in the visibility of women artists, today (un)known in the area of the international art world, that what is local will become common and what is invisible will become visible. That a collection will appear on equal terms: the Salon of (In)visible women, abolishing the unbearable valuation of primary/secondary

In order for my voice of ‘participatory opposition’ not to exist in an artistic vacuum, I attach two documents: A biography of a certain vajayna and a Pie chart of my work3, which, in an artistic context, are not major manifestos, but remain hugely important: different collections can, after all, become primary.

The text was written in collaboration with Anna Ciabach (2021).