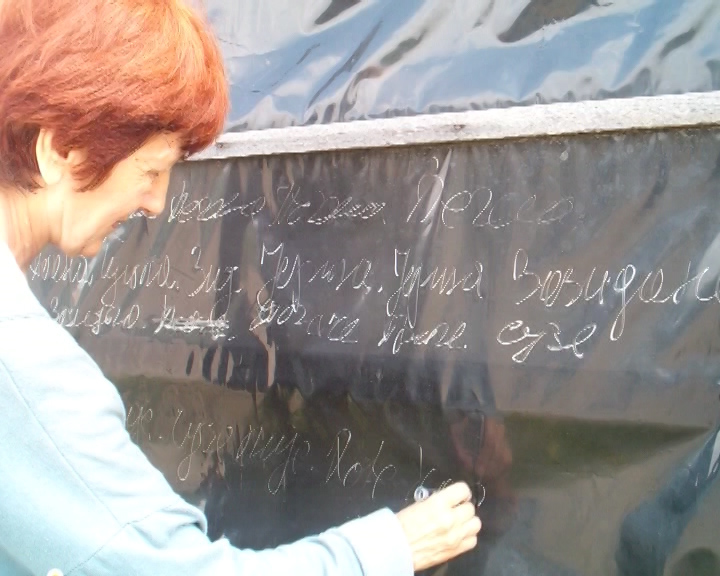 – (1943, Novi Karlovci – 2018, Belgrade) completed her bachelor’s (1966), master’s (1969) and Ph.D. (1972) studies in mathematics at the Faculty of Science and Mathematics (today Faculty of Mathematics), where she was a Professor. Her mathematical works belong to the fields of universal algebra, mathematical logic, numerical mathematics and mathematical linguistics. She published more than forty scientific papers, which were cited by many scientists around the world, among others A. G. Kurosh (Abstract Algebra), G. Grätzer (Universal Algebra), D. Pigozzi (Universal Equational Theories and Varieties of Algebras, Annals of Mathematical Logic). She was the founder of the Mathematical Art Workshop (1993), and the Art and Science Association (1998), as well as the co-founder of the digital art group at the interdisciplinary master’s studies of the University of Arts in Belgrade (2000).

In the language of art, Marica Radojčić1 intertwines philosophy, mathematics and metaphysics, and is one of the pioneers in combining art and science, as well as computer-generated art in Serbia. She was a member of the Association of Fine Artists of Serbia (ULUS) as well as the Internationales Künstler Gremium (IKG). Marica Radojčić was the recipient of a Fulbright scholarship for mathematics (1985-1986), and as a visiting researcher or professor had residencies at several high-ranking universities in the world (in Bonn, Hamburg, Moscow, Berkeley, Stanford, New York and others). These study residences enabled her to gain insight into the international art scene, and to develop valuable contacts, among others with Bertha Urdang and Eric Stark, thanks to whom her works are still being exhibited more abroad than in Serbia.

There was an IN MEMORIAM program dedicated to Marica Radojčić as part of the Expanded Media Triennial “Reconnection” held in 2019, organised by ULUS.2

The artist herself writes about her art:

“My art is experimental and until twenty years ago it was mostly visual. Then I started experimenting with performance as well as with sound. Based on mathematics and philosophy, which is usually present in some deeper layers, several ideas are dominant:

– Infinity (which is closely related to the idea of God)

– Death (especially the thin line between life and death)

– Branching (as a special type of potential infinity present in many aspects of human life, but also in theoretical sciences such as mathematics, physics, computer science)

– Human limits (limits of our world, free will, knowledge…) and

A selection from the Lepenski Vir cycle4

“The cycle was created in 1981-1982. It has a total of 21 works, oil on canvas and Indian ink drawings (…). That cycle is significant because it was there that I first started using my handwriting as an art medium. As language is one of the central themes of my creativity, both scientific and artistic, I think it would be good if the gift collection shows the developmental thread of the presence of language in my artwork from the very beginning until today.”

Selection from the project Words…

“This was a long-term project, related to my research on the origin of language, primarily on the issue of the origin of letters. It consists of about 10 large format works on paper (mixed media: raw pigment pressed into paper, pencil, ink,…) and several sculptures that were destroyed in the meantime, but some of them could be recreated.”

“The exhibition was held in Belgium, in Ghent, in 1998, in one of the most important European spaces for contemporary art – Experimental Intermedia. It consists of a dozen smaller hanging sculptures and light effects. At that exhibition, completely surprising the Belgian audience who expected an exhibition full of computers and modern technologies, I began to completely unconsciously deal with the theme of death, with which I will soon have a close encounter in reality.”

The entire exhibition Return of the Departure5

“The exhibition was held in 2002, at the Gallery of the Cultural Centre of Belgrade. With it, the research on the subject of death, or rather the thin line between life and death, was elevated on the mathematical-philosophical level and brought under the umbrella of my long-term research on paradoxes. The exhibition is, in fact, a virtual space in which the illusion of the inside of my stomach is created with the help of digital animations achieved with the latest powerful software, using modern technological means. A paradoxical situation in which the reversal of the relation interior ➝ exterior is examined in the opposite, paradoxical direction, reaching the outermost ranging possibilities of the state-of-the-art technologies.”

“The project was first shown in 2004, at my solo exhibition at the Kunstlerhaus, in Klagenfurt, Austria. It was then exhibited at the Museum of Estonian Architecture in Tallinn, that same year, and this year in March, at the Medienwerkstatt in Vienna. (…) In Branching, mathematics, which until now has always been in some deeper layers of my art, was brought to the surface for the first time. Surprisingly, this is exactly what the audience and experts appreciated the most. The project consists of drawings, digital graphics (on paper and silk fabric), digital animations, and original digital sound – also created by me. Precisely this mathematical, but very poetic, is the reason why I think that this project should find a place among the works I am giving away.”789

The text was edited by Dejan Vasić, with great appreciation for the help and trust of colleagues from the Gallery of Matica Srpska in Novi Sad, and Petar Laušević for initial consultation (2022).